Taxes on Selling a House in New York: What are the Taxes to Sell My Home?

When selling a house in New York, a lot of people focus on the sale price and real estate agent commissions. But what they might not be thinking about are the taxes involved in a real estate transaction in New York State. There are a lot of tax implications that you need to be aware of when selling your home and depending on the situation they can have a real impact on your bottom line. Let’s take a closer look at the taxes to sell your home and dig deeper into how taxes are involved in selling a house in New York.

What are the Taxes on Selling a house? 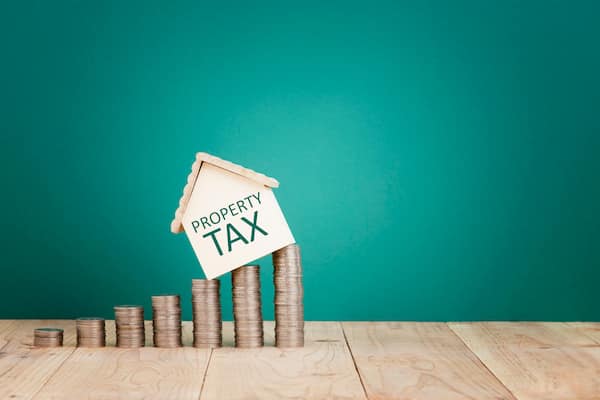 The most important tax issue to be aware of when buying or selling a home in New York is capital gains. Capital gains are defined as the profits you make as a result of a real estate or property purchase. You can think of it as the difference between the selling price and the purchase price.

The amount of capital gains tax on your sale depends on various numbers and conditions. They include everything from the condition of the property to whether or not the buyer is a legal resident of the United States. Each different adjusts the percentage. There are also plenty of deductions available, including the fees paid for the origination of the loan application, closing costs, and points paid back on a loan to get a lower rate on the mortgage.

Generally speaking, capital gains taxes are around 15 percent for U.S. residents living in the State of New York. If the hose is located within New York City, you have to account for another 10% in NYC taxes. However, it’s possible that you qualify for an exemption.

If the house was the seller’s primary residence for at least two years within the last five years, they qualify for a capital gains exclusion of $250,000 for an individual and $500,000 for a married couple.

One of the key takeaways from all of this is that it benefits the owner to live in the residence for at least two years before deciding to sell the house. If you do, you will have more time to reinvest the capital gain from the sale of the house.

The state of New York tax rates are used to calculate the value of your house. On your property tax bill, you will see a variety of different rates, including rates for your school district, city, special districts, and county. There could be additional special charges for tax districts in some places to support projects or services such as parks and libraries.

Each year, rates are revised based on the total value of the property in a tax district (the tax base) and the portion of income required by the tax authority as per the property tax system. Property tax increases in most districts are limited to the lower of 2% or the rate of inflation, thus rates don’t vary significantly from year to year. However, that cap can be overcome by a 60% majority of a local government board or district voters.

In New York, real estate tax rates are expressed in mills or millage rates of real property. A mill is equivalent to one dollar of tax for $1,000 of property value. Since these can be a bit confusing, it’s also a good idea to look at effective tax rates. These would be the actual tax payments made as a proportion of the home’s value.

As a taxpayer, your tax class determines your NYC property tax rate. There are four types of taxes:

New York City finalized the real estate tax rates for the fiscal year 2021/22, which began on July 1, 2021, and ends on June 30, 2022. Rates for Class 2 residential properties are decreasing, while rates for Class 4 nonresidential buildings (i.e., commercial) are increasing.

The new tax rates were not in effect when the tax reform was passed on July 1, 2021. Following tax bills will be modified to account for the changes. The tax rates applicable for the 2nd half of the tax year 2021/22, commencing with the tax bill due January 1, 2022, are as follows:

The State of New York does have a 4% state sales tax and permits local authorities to obtain a 4.875% local choice sales tax. There are 640 local tax authorities in the state, with a median local tax of 4.254%.

The greatest sales tax rate in New York is 8.875% when added with the state sales tax in the cities of Brooklyn, New York, Bronx, Staten Island, and Flushing (and 54 other cities). The following table indicates the median effective tax rates in New York State for each county:

Whilst other taxes in New York City are relatively high (such as sales and income taxes), the city’s property tax rates are really quite modest. Many New Yorkers pay considerably less than the existing low rates would imply due to a variety of property tax exemptions set by the City council, helping ease the tax burden.

Something that is important to note is that taxes work a little differently if a non-U.S. resident is involved in selling a New York house. If a non-resident owns the property for over a year, they must pay 30% of the sale price amongst their federal and state taxes. This is due to Foreign Investment in Real Property Tax Act, which holds these taxes off from the sale’s proceeds in order to ensure that any non-resident pays taxes on a real estate transaction. New York State holds back 6.85% while the IRS withholds 10%. When the real estate is sold, the buyer or seller must file a Statement of Withholding on Disposition by Foreign Persons of United States Real Property Interests form with the IRS.

Someone could avoid these kinds of taxes by creating a  Limited Liability Company, or LLC. Doing so would make it so that the entity buying or selling real estate in New York is no longer just a person.

You are going to want to be aware of the many tax exemptions that exist when buying or selling homes in New York. First, if you own a house as a primary residence for at least two years and you have to sell it due to unavoidable circumstances that require relocation (a promotion, health problems, etc.), you can receive a tax exemption. When it comes to health reasons, you’ll need to make sure you have a letter from a physician that describes the issue in detail, just in case there is an audit at a later date.

You can also qualify for a real estate tax exemption for “unforeseen circumstances. What does that mean, exactly? Well, the IRS defines it as “the occurrence of an event that you could not reasonably have anticipated before buying and occupying your main home.” Some of the examples include natural disasters, divorce, death, multiple births from one pregnancy, terrorism, or a change in employment status. It’s quite a wide set of parameters to choose from. You’ll want to consult IRS Publication 523 to get an even clearer idea of what qualifies as “unforeseen circumstances.”

Going back to capital gains, there is a provision in the tax code that allows those enlisted in the Army, Navy, or National Guard do not need to have lived in the house for at least two years in order to receive the exemption. Also, instead of five years, you have to have used it as a primary residence within the last ten years, accounting for the fact that some military members are away on active duty.

One other way to earn an exemption on capital gains is to buy a “like-kind” house or property. What this means is a house of equal or greater value than the property that you’ve sold. There are often restrictions that require you to have purchased the new home within 180 days of selling your older house. If you do seek this exemption, you have file forms with the IRS so that they are aware of the new purchase. Also, the new house has to be located within the continental United States. 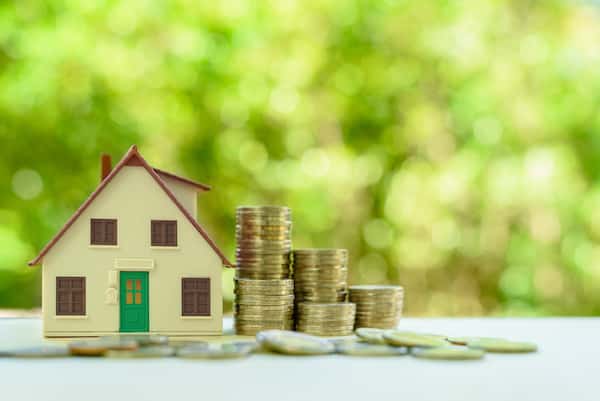 You should make note of the tax advantage you can receive when you have a mortgage on your New York house. This can come in handy when trying to figure out your strategy for buying or selling. When you have a mortgage, all interest you pay is tax-deductible and therefore reduces the amount of income that gets taxed. You should also consult with an accounting or tax professional as there are limits and regulations when it comes to what you can claim related to real estate taxes and you don’t want to catch the attention of New York State or the IRS.

Have You Decided Selling Is Your Best Option?

Now that you know about the taxes involved when trying to sell your house in New York, it’s a lot of information and a lot to take in. But if you have decided to sell, you can sell your house as-is directly to a cash buyer like Leave the Key Homebuyers.

They’ll buy your house in any condition or situation. They’ll review the details of your house and find time to meet you at the property quickly. They’ll handle all the repairs so you don’t even need to worry about it. Then, they’ll make you a fair cash offer based on the value of the house. If you accept, you set the closing date. Then, all you need to do is sign the contract and get your cash.